The law states that in order to file a naturalization application, the applicant must be at least 18 years old. The applicant must be an LPR (lawful permanent resident) in accordance with the immigration laws. Individuals who have legal permanent status will be asked to produce an I-551, Alien Registration Receipt Card, as proof of their status. The applicant is eligible to file for naturalization if the following conditions are met:

The applicant must show that they have been a person of good moral character for the statutory period (typically five years or three years if married to a U.S. citizen) prior to filing for naturalization. The applicant is permanently barred from naturalization if they have ever been convicted of murder, or of an aggravated felony as defined in section 101(a)(43) of the Immigration and Nationality Act on or around November 29, 1990. During the statutory period those who indulge in habitual, heavy drinking, practice polygamy, willfully fail to support their dependents, have been confined to penal institutions, among other such acts; cannot be regarded as a person of good moral character and thus may be also barred from naturalization.

Nevertheless, an applicant must disclose all the relevant facts to the US Citizenship and Immigration Service, including their entire criminal history, although this history could disqualify them. The applicant must show that they are attached to the principles of the Constitution of the United States. Applicants for naturalization must be able to read, write, speak, and understand the English language. However, some applicants are exempt from this requirement. An exemption may be granted if the following conditions are met:

All applicants for naturalization must demonstrate basic knowledge and understanding of the history of the country and of the principles and form of government of the United States. Some applicants are exempt from this requirement (see above).

RECOMMENDED: The 2020 Version of the Civics Test | USCIS

To become a citizen, one must take the oath of allegiance. By taking the oath, an applicant swears to support the Constitution and obey the laws of the U.S., renounce any foreign allegiance and/or foreign title, and swear to bear arms for the Armed Forces of the U.S. or perform services for the government of the U.S. when required.

Filing for U.S. citizenship requires completion of Form N-400. In addition to the filing fees, the applicant needs to submit a copy of the Permanent Resident Card.

There are also exceptions for LPRs married to U.S. citizens stationed or employed abroad. Some lawful permanent residents may not have to comply with the residence or physical presence requirements when the U.S. citizen spouse is employed by one of the following:

Citizenship via Parents at Birth or after Birth

Generally, U.S. citizen parents of children born abroad may file an N-600 Application for Certificate of Citizenship. This form must be accompanied by copies of any documents that verify eligibility, and the required filing fee, to be considered complete and ready to process.

It is important to note that children born abroad of U.S. citizen parents derive citizenship from their parents. The Certificate of Citizenship is merely a record of citizenship; it does not confer citizenship on an applicant.

The Child Citizenship Act of 2000 (CCA) amended INA 320 and removed INA 321 to create only one statutory provision and method for children in the United States to automatically acquire citizenship after birth. According to INA 320, a child born outside of the United States automatically becomes a U.S. citizen when all of the following conditions have been met on or after February 27, 2001:

Applicants who have served in the U.S. Armed Forces are eligible to file for naturalization based on current or prior U.S. military service. Such applicants should file the N-400 with a Military Naturalization Packet. 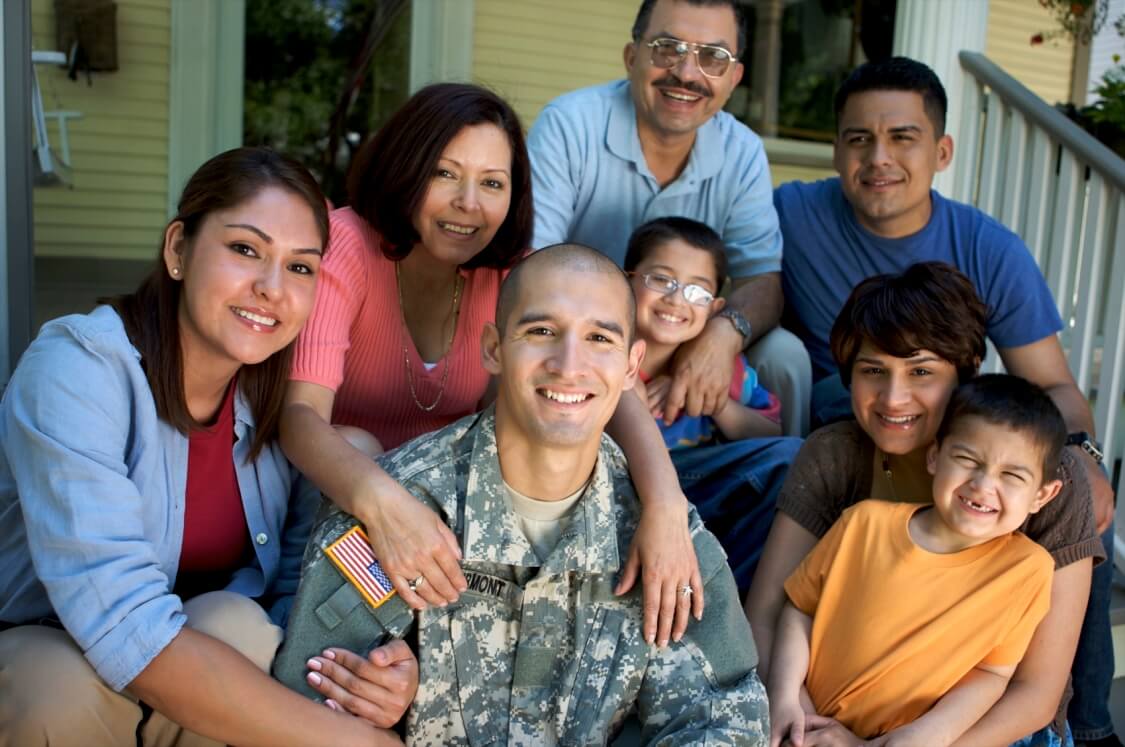 Any applicant, who has served for three (3) years in the U.S. military, who is a lawful permanent resident the time of their examination on the application is excused from any specific period of required residence, period of residence in any specific place, or physical presence within the United States. This applies if an application for naturalization is filed while the applicant is still serving or within six (6) months of an honorable discharge or have served honorably or separated under honorable conditions and can establish good moral character if service was discontinuous or not honorable. Applicants who file for naturalization more than six (6) months after termination of three (3) years of service in the U.S. military may count any periods of honorable service as residence and physical presence in the United States.

An applicant who has served honorably during any of the following periods of conflict is entitled to certain considerations:

When an interview has been scheduled with USCIS, our office will schedule a time for each client to review their case and to prepare them for the questions that will be asked during their interview. We also offer representation to accompany clients to their interviews for peace of mind. Attorney appearance encourages the USCIS officer to remain professional and courteous and keep to relevant issues.